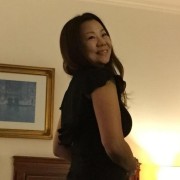 Somehow I was always so reluctant to explore more about this castle, probably because I was living there too close. Now one year after I moved out, I finally felt like exploring it seriously 😉 even though I often went there for a short walk with Italian gelato in my hand before. They have a flowery castle garden. In my opinion, the best time to go there is from the middle of May till June, when all the flowers give all their effort to attract me 🙂

A bit about the history – The castle Bergedorf is the only castle left in Hamburg. Yet not many people in Hamburg are aware of its existence or they think Bergedorf is not in Hamburg, as it’s on the edge of the border to Schleswig-Holstein. Anyhow, I find the castle quite fine in red bricks and a nice park with various flowers. I read that there used to be a water castle around 1220. The castle in the current form must have been built in the 16th and 17th. A part on the north wing seems to be added in 1661 and a part in the South wing is dated 1661. Between 1897 and 1899, North-East wing, the castle tower and the gateway were renewed in the neo-Gothic style. The landload apartments were redecorated in the Vierlaender style in 1902 and served the authority of Hamburg-Bergedorf.

In the courtyard, they have a self-service Cafe. (#Castlecafe) You can stay in the courtyard or go out to the bench and enjoy the sun.

There is no better jogging course in the area than the ones through the forest from Wentorf to Bergedorf. Really quiet, moderate ups and downs, and usually you don’t get lost, unless it’s really dark. But the only difficulty is that you go down first, and you have to come back home going up the hill 😉 I always wished the other way round…

There is also Bergedorf City Run every year. I ran it twice and had a huge fun! The course is 2,5km x 4 and usually it is boring to run a same route four times. However, as you run in front of the castle four times, which means me a lot, and also there is a big audience to cheer you up, you never get bored.